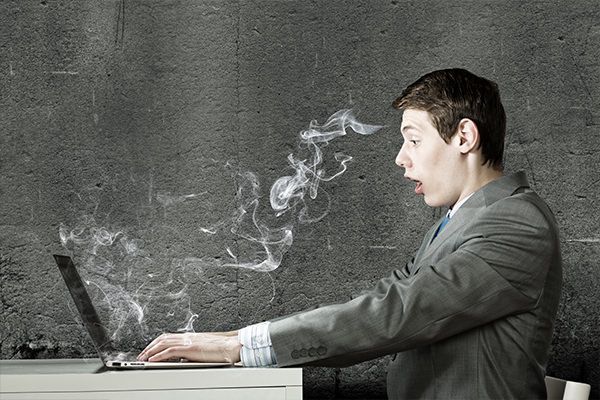 College sure can be expensive, especially if you decide to destroy nearly 60 thousand dollars worth of computers. Vishwanath Akuthota, a former student at the College of Saint Rose in Albany, New York, has plead guilty to destroying college campus computers resulting in $58,471 worth of damages. Akuthota earned a Business Masters degree from the same college in 2017 and is a citizen of India but here on a visa. He faces up to 10 years in prison and a fine of up to $250,000. He has also agreed to pay back the nearly 60 thousand in damages.

Akuthota was arrested in North Carolina at the end of February, only a week after inflicting the damages. He used a “killer USB” device to infect 66 computers around numerous areas on campus. Curiously, the most damning evidence of his crime came from himself. Akuthota took video of him inserting the killer USB device into various computers around campus stating, “I’m going to kill this guy,” and following up with statements like, “It’s dead,” and “It’s gone. Boom.” The computers are completely ruined and not salvageable. Damages also include computer enhanced podiums and monitors.

So far, there has been no motive revealed. His scheduled sentencing is August 12, 2019.

This news has made many a little nervous. What are “killer USB” drives? Can just anyone buy or make one?

What are Killer USBs?

Killer USB drives aren’t actually drives at all. They are devices taking on the appearance of a flash memory storage device that utilizes power surges to damage hardware in its host. They have no storage capabilities. You generally hear about these in warnings against plugging in strange drives you find laying around.

Using high voltage power surges, these devices can fry hardware in the host and cause serious damage. They were originally designed to test components for this very phenomenon and electric discharges but have since been occasionally used for nefarious purposes.

There are two versions, v2 and v3 available, each capable of generating 215-220 volts. V2 was developed by a Russian computer researcher called Dark Purple. USB Killer v3 was developed by a security hardware team in Hong Kong to test against vulnerable components. You can purchase these online as they are marketed as testing devices. There are also several online tutorials explaining exactly how to construct one yourself.

In general, don’t expect a Killer USB to be lurking behind every dark corner. Simply follow common sense guidelines which warn against plugging in strange or unknown USB devices into your computer, laptop or tablet. Unfortunately, many people do not heed this warning. Numerous studies have demonstrated how gullible people are. A study from 2011 found 60% of people who picked up random CDs or drives plugged them into their work computers. If they were printed with official looking logos, then it leaped to 90%. In 2016, 300 drives were dropped around a university campus in Illinois and nearly all were picked up with almost half being plugged in.

It’s true that if your USB ports on your computer are unprotected and available to any passerby with a USB connector, then your work computer could be compromised. However, instances like these are generally committed by angry employees rather than random assailants. Never the less, physical security should always be practiced alongside digital safeguards. Common sense and a thorough security plan should keep all but the most determined hackers at bay.