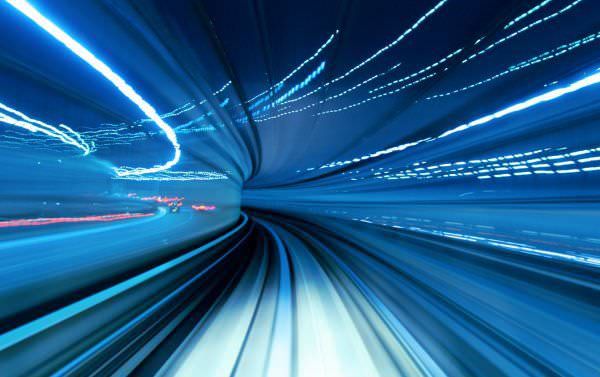 Last week, we introduced you to the Sonic USB 3.0 flash drive from PremiumUSB. Today we’re going to do a speed test comparison between the Sonic USB 3.0 and a USB 2.0 drive and see what kind of performance gains we find.

Before we begin, let me give you some information about our test computer:

This computer has four regular USB 2.0 ports on the back plus two USB 3.0 SuperSpeed ports, which are designated by their special blue color. We thought this would be a great opportunity to test out the speed of our new Sonic USB 3.0 flash drive against a USB 2.0 flash drive of the same capacity.

We measured the performance of these two drives using two different programs: HD Tune and CrystalDiskMark. HD Tune is a hard drive benchmarking program that tests the drive’s data transfer rate and gives you a minimum, maximum, and average value in megabytes per second.

The other program, CrystalDiskMark, breaks it down even further into separate read and write speeds. We left the software in its default configuration, which meant that it performed 5 passes using a 1,000MB file on our drives. Now then, on to the results!

This test was performed with a regular 8GB flash drive, much like what you would get if you placed an order for custom USB flash drives from PremiumUSB. As you can see, the data transfer speeds are not bad. HDTune recorded an average transfer rate of 19.3 MB/sec, with a minimum of 17.4 MB/sec and a maximum of 20.2 MB/sec.

CrystalDiskMark tested a much larger file size, and as a result the read and write speeds should be compared across each program for this test. In this case, CrystalDiskMark reported a read speed of 21.9 MB/sec and a write speed of 8.2 MB/sec.

As we have reported in the past, the USB 3.0 interface supports much higher data transfer speeds than USB 2.0. So we wondered: would there be any increase in read/write speeds by using the same drive in a faster port?

As it turns out, HDTune did report that the data transfer speeds were ever-so-slightly higher. The average speed was 21.2 MB/sec, with a minimum of 18.7 MB/sec and a maximum of 22.2 MB/sec. That’s a 9.8% increase in average transfer speeds just by using a SuperSpeed port! Wow!

CrystalDiskMark came back with slightly higher numbers also, clocking in at 23.2 MB/sec read and 8.6 MB/sec write. That’s an increase of 5.9% for read operations and 4.8% for write operations.

For this test, we wanted to find out how a SuperSpeed 3.0 drive would do when connected to a standard USB 2.0 port. Would it fare the same as a regular 2.0 drive of the same size, or would it do better?

As it turns out, HDTune did come back with higher numbers! The SuperSpeed drive in the 2.0 port had an average transfer rate of 31.2 MB/sec with a minimum of 31.1 MB/sec and a maximum of 31.9 MB/sec. While plugging a SuperSpeed drive into a 2.0 port won’t give you the full benefit of USB 3.0’s speed, it does seem to be somewhat faster.

Once again, CrystalDiskMark also showed an improvement with our Sonic drive in a standard USB 2.0 port. The program recorded a 33.2 MB/sec read speed and a 12.3 MB/sec write speed, which is a pretty substantial increase over our 2.0 drive in the same port! That means read speeds were 51% faster and write speeds were 50% faster with the USDM Sonic USB 3.0 drive!

Finally, we arrive at what we hope will be the top speed portion of our test: the Sonic 3.0 drive in a USB 3.0 port.

These tests tell us a number of interesting things about how to achieve the highest data transfer speeds. Having a 3.0 SuperSpeed port on your computer can make a regular drive perform slightly better. Using a high-quality SuperSpeed drive on a regular port also makes a big difference. But in order to get the fastest possible speeds, you’ll definitely want to use a USB 3.0 drive in the proper SuperSpeed port.