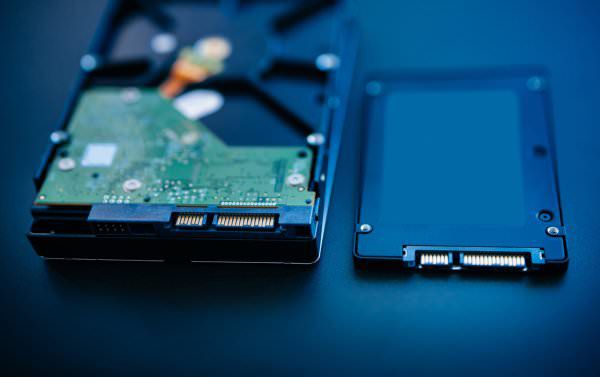 When solid state drives and USB flash drives are both known for using NAND flash memory, it’s easy to blur their differences. So while they essentially come from the same family, there are three distinct factors that set them apart: interface, performance and controllers. However, before we get into the differences between SSD and USB drives, let’s explore the ties that bind them.

SSD and flash drives both lack the moving parts that are natural to a hard drive. As non-volatile memory, they retain data without the need for power. Both types of drives are also capable of writing data with electrical pulses (EEPROM) one byte at a time.

Now let’s talk interfaces. Our thumb-sized flash drives use USB to connect to your systems, being both recognized and used by your computer as a removable device. SSDs on the other hand typically use a speedy SATA interface and can be mounted to your computer machine to make it an integral part of your system. SSDs can be found in netbooks to laptops to servers.

When it comes to controllers, SSDs characteristically possess more efficient ones. This translates to better wear leveling and therefore reliability than their USB flash drive cousins. SSD also uses more data channels than a USB flash drive to boost its performance levels. In addition to using EEPROM, SSD also employs DRAM for quicker access to data since it allows for retrieval of information out of sequence.

However, the versatility and portability of USB flash drives are unrivaled. With a flash drive, you have that quick, extra storage that can be used where you need it, when you need it. It can bounce from computer to computer while your SSD is more likely anchored to one system. What’s more is sometimes you only need a few gigs for your pictures, movies, music and important documents. With a more expensive price tag, SSDs are built to handle heavier duties, helping to power everything from just your system to entire servers.

We want to hear from you. What are the differences you experience as a user between flash drives and SSD?