How to Eject a Flash Drive

How to eject a flash drive on Windows:

How to eject a flash drive on Mac: 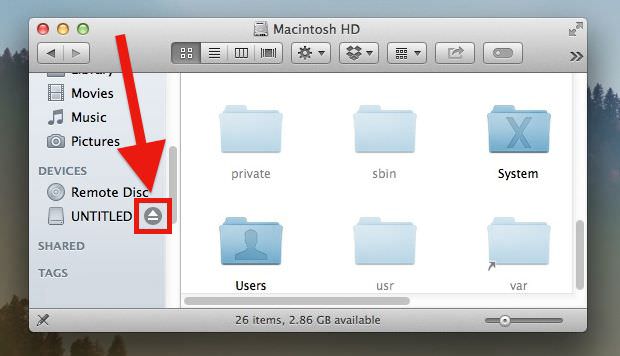 You may have heard that you shouldn’t just yank your USB flash drive out of its port without safely ejecting it from your computer first. This is a very old idea, one that has been around since flash media became a common data storage tool. Over time there has been a lot of conflicting reports about whether this is a necessary step but recently Microsoft confirmed that, at least in Windows 10, this is not required.

Why do people think you need to safely eject the flash drive? Initially there were concerns about data corruption from not properly disengaging the drive with the computer. If you are in the middle of a data transfer or copy and you pull it, you are disrupting the procedure and potentially leaving room for copying errors and other corruption. However, as long as your transfer is completed, and your files are done copying or transferring, there should be no problem in pulling the drive without going through the ejection protocol.

There is also a possibility that when a user haphazardly pulls the drive from the port, they may damage the connector, rendering the device useless if the metal components are broken badly enough.

To be clear, there is a possibility that if you don’t eject the drive properly it might develop problems. There just does not seem to be a black and white ruling on the issue. However, due to the staggering weight of observed successes without ejecting properly, it is likely you don’t need to worry about it and practice good common sense.