USB for iPad? iPads are Finally Getting Native USB Support 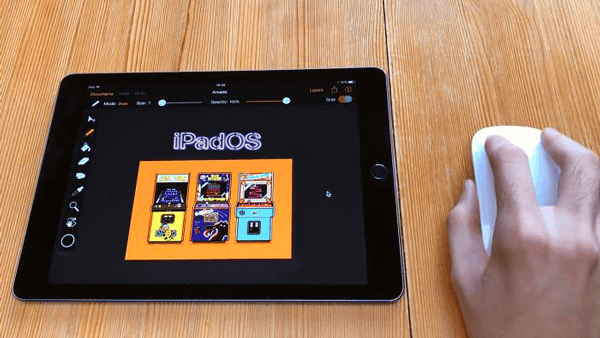 As expected, this year’s Apple Worldwide Developers Conference (WWDC) has been a hotbed of new announcements regarding Apple products, services, and devices. This year’s revelations, in particular, have left a lot of Apple users sighing in relief. Apple has rolled out several new developments revolving around their new operating system, iPadOS, that make using their tablets much easier and user friendly. Current tablets function more like a mobile phone than a working computer and the limitations of those parameters has led to usability complaints. While the new system is built specifically for Apple’s tablets and shares many aspects of its iOS predecessor, it iSpecifically, the switch to native USB support. You may remember how last year’s iPad Pro (a model that many claim demonstrates Apple’s attempt to reinvent the laptop) disappointed many with its inept and limited storage capabilities. Apple seems to be attempting to remedy this fault by including improved apps and operation using native USB support for external storage. The latest iPad Pro did have a USB-C port available, but users aren’t able to access files that aren’t images or structured like an SD card. The latest updates allow for a USB-C flash drive to be inserted directly and work without jumping through hoops. The Files app has also been improved and file sharing support updates have been made to iCloud.

In addition to updates to file storage and transfer, many are excited for the added USB mouse feature. A USB-C peripheral mouse capability for the iPad Pro has been churning in the rumor mill for months (see here for more info) and has now been confirmed at WWDC. It is considered an accessibility feature at the moment, but many see this as the beginning of Apple integrating mouse tech with other tablet iterations.

More and more we are seeing a move on Apple’s part to make their tablets into fully functional, slim and portable computers. The latest OS updates will pull up desktop versions of websites as opposed to the usual mobile layouts. The integration of file storage and data transfer in tandem with the inclusion of USB peripherals like a mouse further the idea that your next iPad could completely replace your computer…especially since the high definition screen probably has better resolution than your desktop monitor. Certainly, these iPads will have better graphics, malleability, and portability than even the slimmest laptop.

Apple has not yet announced a release date for either iOS 13 or iPadOS 13. However, many market experts note that announcements made at WWDC typically tend to manifest by September of the same year.