What is USB-C and Why is it Relevant? 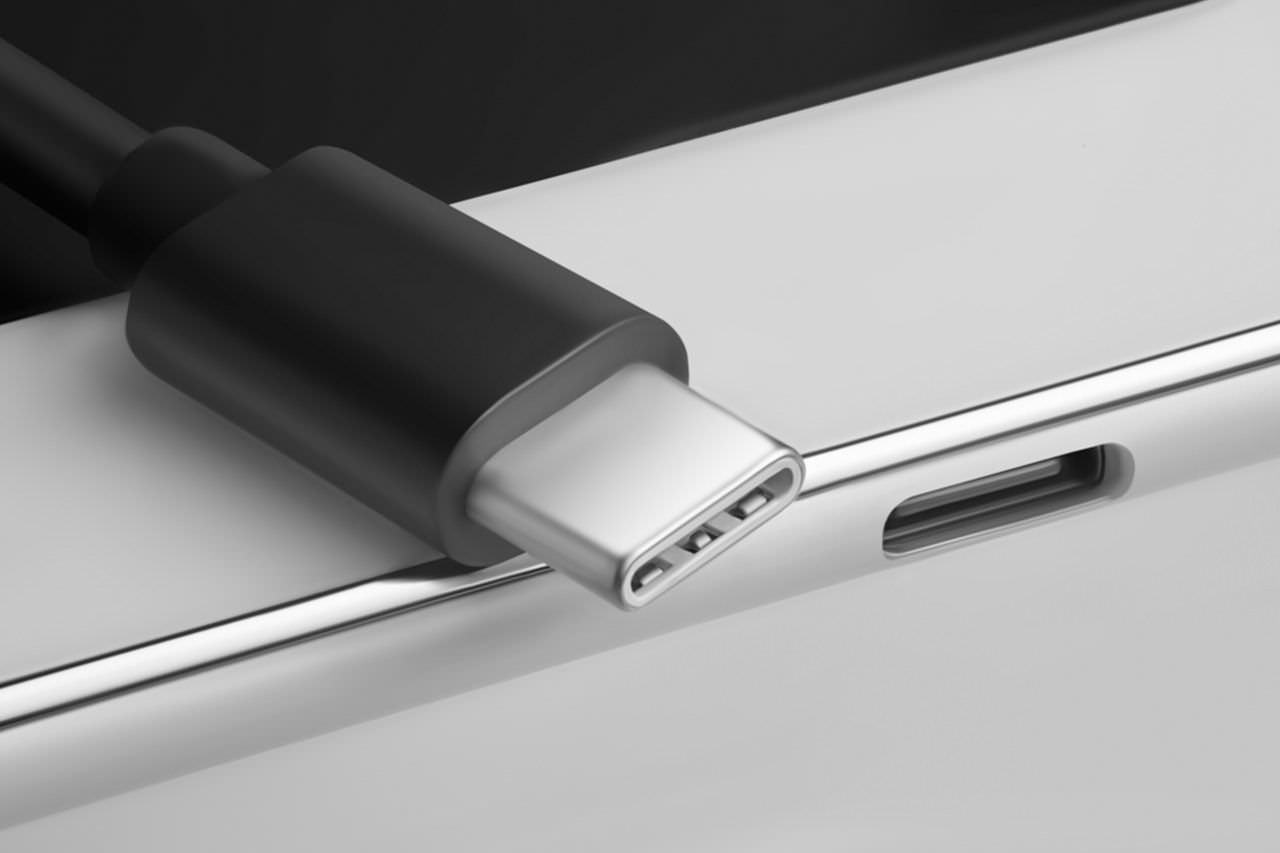 If you thought that USB type A ports were going to be the end of the line, then you are mistaken. In 2014, a new type of connector, USB type C was released. It promised the highest data transfer speeds, a standardized port (no more fumbling with the wrong one!), backwards compatibility, thinner devices (due to the slimness of the port design) and reversible connector. Basically, it was constructed to do everything you could ever want out of a cable. At the time, it was expected to completely undercut type A and become the new standard. This, however, did not happen. In fact, even four years later a good majority of average consumers have never even heard of it.

Considering the triumphs of this new cord, you would think it would have been hastily added to every device—certainly every new model—on the market within a year or two. This hasn’t realized quite yet however. You seem to find this connection port on Apple products and on a few other laptop designs, like Google’s Chromebook Pixel. Otherwise though, it’s just not noticeably dispersed on the market yet. In fact, Microsoft has come out and said that they refused to implement USB C until a later time, when their customers would be ready for it.

In short: not much. Some larger companies took it up and used it for a few products/models like laptops but many others didn’t. Overwhelmingly, USB type A continued to be the de facto plug type. Several large companies took it up but not on a massive scale that one might expect. Certainly one didn’t see much marketing or advertising in favor of it. Often it was confused for Apple’s Lightning cord. USB C is only recently becoming more commonplace with the release of Samsung’s S8 and S9 smart phones and related accessories. So we see here a bit of a gap between its introduction in 2014 and any real traction of use in 2018. Why is that? Well, like all new innovations, USB C has quite a few glitches and shortcomings to overcome first.

The Unfortunate Shortcomings of USB C

At the moment, it’s just not possible to be rid of type A. This is because USB C isn’t widespread enough and requires accessories and dongles to cooperate with most devices. This is good in that it’s backwards compatible—as long as you have an adapter. You need these accessories to connect to multiple devices and devices without the newest port, which limits your device options to a slim margin. Until USB C becomes the norm, you’ll have to buy adapters to use them with non-USB C ports and devices because chances are, your device won’t have one. Who wants to go back to using a million different adapters? We’ve all gotten used to the simplified USB type A cables. No one wants to go back to carrying multiple adapters. On top of this, the “newness” of USB C has lead to the inevitable quality and standard problems you typically see with new tech. Accessories, and even the cables themselves, are often of dubious quality that tends to underperform while touting huge promises to the customer. Regulations aren’t very strict yet and this leads to unfortunate results. Sometimes customers are finding that the cables aren’t working at all. As with all unqualified electronics, there is a risk of damage to your device and quite possibly yourself. Certainly as time goes by this annoying scenario will change but currently type A is here to stay to mediate between consumers and their devices.

This leads to another issue: compatibility confusion. Not all cables seem to be universally functional. Ports are universal and fit but assurance that the devices will communicate with chargers and adapters is lacking. Even worse, not all cables are created equal. Some do not run at the promised USB 3.1 Gen 2 speeds, even falling below 2.0 speeds. This is because not all devices are as fast as the cable is meant to be. Some devices still are at 2.0 and as you may know, speeds depend on the device and not the cable. Also, some cables are compatible with Lightning and others are not. Remember: you can damage a device using the wrong cable so playing a Russian roulette with your tablet or smart phone isn’t something you’ll want to do. Previously with USB type A, if the port and connector fit, you should see your devices working. Not so with USB C. There are too many variables to juggle and the average user doesn’t want any part of it if they can help it.

Yet another danger is security. USB C cables pose a potential security risk because malware and viruses can enter without a user’s knowledge. This is because USB C 3.1 cables contain a chip with identifying information contained in it (specs about manufacturer, cable, etc). This security threat is especially prevalent in shared spaces like libraries, coffee shops, and other internet hot spots. What’s terrible is that you may not even know your device has contracted the malware and continue to spread it through using other devices and ports.

Not only does USB C need some serious fine tuning, there’s just the reality that it’s pretty difficult to change a long held and familiar standard regarding technology. It’s easy to stick with what we know. The USB cables we commonly use every day have been around since the late nineties and perhaps we’re all still fine with that. In order for change to occur, a serious campaign has to be waged to sway opinions, and no one is doing that yet. Microsoft, in the interest of their customers, wants to wait until it’s a more established technology before making the switch. This leaves other big name companies to pick up the convincing role. With Apple’s preference on using proprietary tech coupled with a consumer market generally unfamiliar with USB C’s invention, it’s no wonder it’s not on more people’s minds.

The Role of USB C in USB Drives 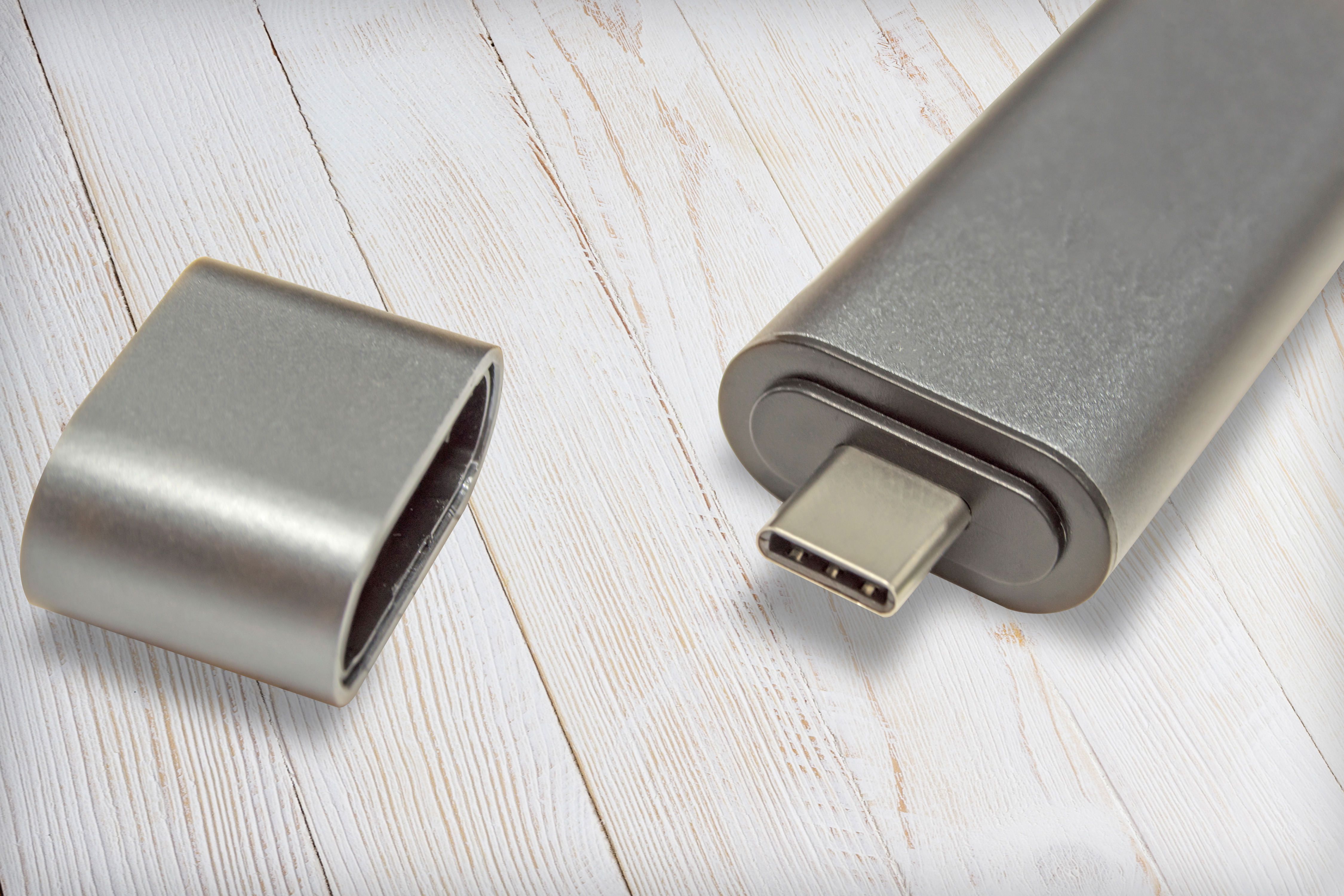 Perhaps chief of USB devices and products, what is the affect of this new connector on flash drives? It is difficult to separate flash drives from their familiar type A configuration as they’ve become a taken for granted electronic tool that directly stemmed from the development of the Universal Serial Bus technology.

Though it’s been four years since the release of USB C, only a few OEMs have taken hold of it for use in USB drives. SanDisk offers a handful of drives using type C at 3.1 speeds with high capacities (up to 128GB) at affordable prices, though they were much more costly a few years ago. Samsung, Sony, and Kingston (maker of the 2TB drive) also offer USB C flash drives but overall the market can hardly be said to be flush with them.

It’s no wonder why this is so. With most other devices like desktop computers and laptops—primary port options for flash drives—not yet moving over or even including a type C port, there’s a limited opportunity to utilize them. Many companies probably won’t begin to manufacture them until USB C becomes more widely used, which is a pity because the benefits of type C for flash drives are pretty awesome. With transfer speeds of 3.1 Gen 2 (10Gb/s) and ease of use (no guessing which side is the right one!), file and data transfers will be both quick and easy.

The Role of USB C in Other Devices & Accessories 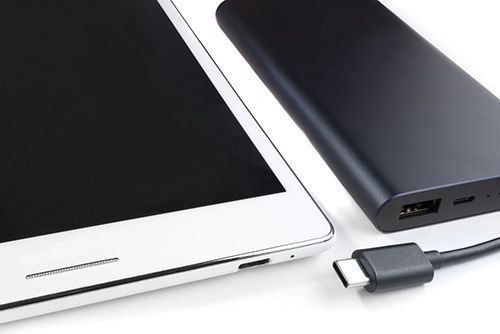 USB. org states in a press release from 2016 that USB C cables/ports will, “…facilitate thinner and sleeker product designs, enhance usability and provide a growth path for the performance enhancements for future versions of USB.”  Keep in mind that USB C is USB. The differences in shape and speeds can often lead to consumers believing it’s different and not the same, but ultimately the authorities in this matter have made type C to improve upon old models. Since tech is constantly improving, it’s not a surprise that some of the earliest proponents of this new model have been laptop and smart phone OEMs like Samsung, ASUS, and Dell.

Samsung Galaxy S8, S8 Plus, S9 and S9 Plus all have USB C ports, requiring adapters or new cables entirely for customers. The implementation of USB C in smart phones will eventually push USB C and help it gather traction towards becoming truly universalized, especially with big names like Samsung and LG. This is because smart phones are the most handled, most viewed, and most used portable device consumers use on a daily basis. If a feature becomes standard on a smart phone, it will without a doubt seep into other areas of the tech world.

Laptop brands like Dell, Acer, ASUS, Lenovo and of course Apple are also adding to the market with models that include USB C ports. This is important because it is now typical for consumers to use their laptops for the majority of their work (as opposed to desktops) and also as a port for their tech accessories and gadgets, like headphones, power banks and chargers, external hard drives, computer mouse, and speakers. Many of these accompanying gadgets also now come with a type C port/connector, including headphones. Even a gaming console like the Nintendo Switch sports a C port.

USB C is slowly but surely making its way to the prominence of its preceding models.

Nevertheless, the Future of USB C is Standard

It seems very unlikely that USB C will be cast away when, should its issues be resolved, it really would revolutionize consumer electronics. Customers will enjoy high speed data transfers at double the current rate (assuming they’re using a 3.1 Gen 2 device), backwards compatibility, power reversible, and easy to use, slim standardized port and cable that won’t bulk up portable and mobile devices. In fact, most who are aware of type C and its benefits already have accepted its inevitable overthrow of type A. Likely, the first port to fall will be the audio jack due to its controversial and longtime standing agitation to tech designers. USB C can replace it, and take up less space and allow for more water resistant devices.

With good marketing to charge up marketable audiences, heftier regulations and standards, and smoothing out a few easily resolved issues, the USB C will definitely become the connecting cable of the future. Its first slow steps and careful and shallow introduction to the consumer market pool, though not as splashy as some, indicate the beginning of a new, forward movement of technical goodies.