Apple Could Be Forced Into USB-C 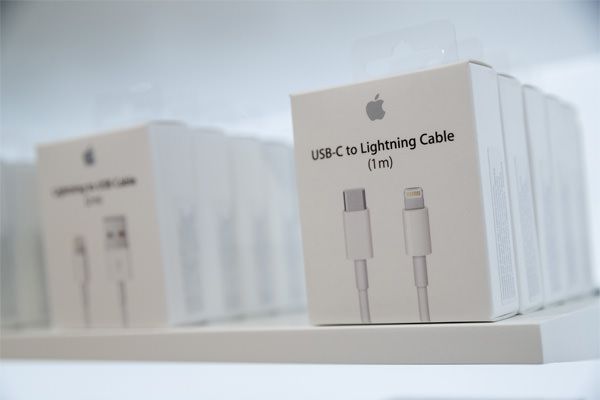 Lately, there have been rumors that Apple will be diving into the world of non-proprietary products by including a lightning to USB C cable in their newest iPhone release. At this point the rumors feel like fact, but regardless of those Apple may be forced into the newest USB evolution anyway.

European powers, who have long been shooting for standardized charging, are preparing to focus on Apple in their future impact assessment. The European Commissioner for Competition, Margrethe Vestager, is not a superficial force to be reckoned with either. She and the Commission were behind the huge fine (€4.3 billion!) tossed at Google for their misbehavior regarding stock apps. There has also been a big push in the EU for years now to completely standardize charging devices. The commission cites both inconvenience and waste concerns as their driving force behind the push; consumers need numerous adapters and equipment to charge different devices and old chargers create over 51,000 tons of electronic waste.

Apple currently has a Lightning to micro USB cable available but this does not seem to placate anyone, wherein mini USB plugs are currently standard, soon to be replaced with the increasingly popular USB C type. In 2009, Apple and several other companies were directed to work towards a universal charging standard, and Apple’s adapters and micro USB cable seem like weak efforts that come years after the promised date. Apple’s prime directive has always been proprietary product to keep them separate from “lesser” devices and accessories and to force customers to spend more money. In our previous blog about this issue, we concluded that Apple was biding its time until wireless charging took off so they could avoid the issue altogether. If this assessment from the EU comes against them, likely they will be forced to be much more concrete on their efforts to join team standardize.

One of USB C’s biggest issues that persist on the market today is that not all cables will work or work effectively on all devices. Unless you’re using the cable that came with your phone, chances are you’ll see reduced or no performance with a secondary cable bought online or anywhere other than your phone provider. Technically Apple’s products can be faster than USB C but they’re more expensive and are not compatible with other brands, which is a major pull for standardized accessories. Lots of Apple customers would be absolutely delighted with the prospect of not having to buy over priced accessories each time they lose, forget, or break theirs.