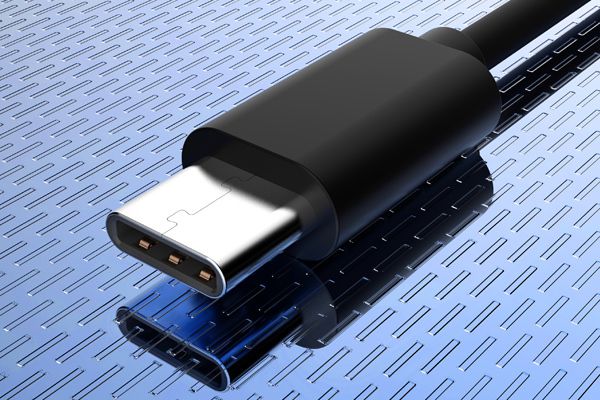 Just a few days ago, the USB-Implementers Forum (USB-IF), announced the specifications for the latest iteration of the USB protocol, USB 4. Its announcement earlier this year set off internet forums everywhere about its relationship with the Thunderbolt interface that is generally associated with Apple products but has made the leap to PC as well. Speculation on the performance of the new USB protocol has been remarkably on point.

The USB-IF reports that the new USB4 will include:

No doubt about it, the future of USB ports and connectors is definitely USB-C. That’s not to say that your Type A or B aren’t compatible with updated USB enabled devices like laptops or computers; you’ll just need dongles. This is because newer devices with USB4 will be enabled with USB Power Delivery (which are not compatible with Type A or B), a charging protocol that intelligently alters charging rates to be the most efficient possible. The most frustrating issue about this new specification will be waiting for it to available for retail purchase. Like with any other new technology or upgrades, it will take some time before you’ll be able to easily find a USB4 equipped device or peripheral.

Something exciting to note about the new specification: it requires fast charging (USB-Power Delivery, or USB-PD) for all devices. Only some USB 3.2 Type-C devices support this capability, but when USB-PD becomes industry standard it’s going to change charging for the better. Phones and laptops will be able to charge up to 100W but smaller devices like headphones can trickle charge which will help conserve energy for the larger devices powering them, such as your laptop. Hopefully, soon will be gone the days of you agonizingly waiting for your phone to charge so you can leave the house.

The faster signaling rate is also excellent but remember that your current devices will still be limited by their own specifications. A USB2.0 flash drive will not magically be operating at 40Gbps just because it’s plugged into a USB4 port. However, it does mean that the more intelligently designed two lane operation system and upgraded protocols that make bandwidth sharing more efficient will increase effectiveness and fluidity of use when all devices are USB4 equipped.

It is also important to note that Thunderbolt support is optional. Intel has made the specification available for use and therefore it is up to manufacturers whether to include it or not. It is not mandatory.  This leads to some potential confusion when purchasing cables; which brands support Thunderbolt? The USB-IF released a statement that they believed many PC vendors would support the joint implementation and that consumers could simply look for legitimately branded products to make sure they are buying the proper product. They also noted that the decision to note make it mandatory since some manufacturers (like phone makers) wouldn’t require or need Thunderbolt capability. Manufactures who do decide or need to include it will need to support Thunderbolt 3 compatible rates for Gen 2 (10.3125 Gbps) and Gen 3 (20.625 Gbps). This doesn’t solve the confusion that comes with the USB-C type port as there is no reliable method for discerning what generation (USB3.2? 2.2? who knows!) the cable or port is capable. Resign yourself to a settling in period where the new implementations take some time to sort themselves out. Eventually however, the industry standard will be USB4 Type C ports and connectors.

While the specification is now available, you should not expect to see USB4 equipped devices and peripherals for quite a while, probably not until sometime in 2020. Certainly, it will take even longer for it to become easily available and common in retail by early 2021.