USB4: Now with 8 Different USB C Cables to Choose From!

The confusing part about Universal Serial Bus technology (you know, those helpful plugs and connectors that are supposed to make grabbing whatever brand of charger and using it for your phone, regardless of make/model, easy?) is the “universal” bit. If USB is supposed to be a backwards compatible, universally functional connective technology, then why do we need 8 different cables to compensate for the release of the USB4 specification?

Before its release, there were half a dozen USB C cables available on the market—one for each USB specification. Now, there will be two more. 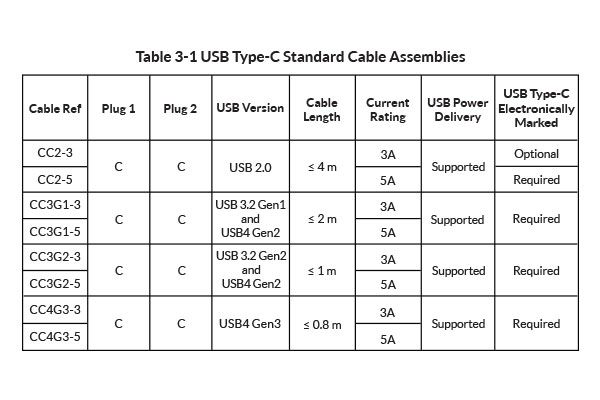 Far be it from any of us low life tech consumers to understand precisely why a tech proclaiming to be “universal” should need 8 separate different cables to utilize it. The point of USB tech and the USB-C style port was that they would remove the inconvenience of proprietary based plugs and ports and simplify function so that anyone anywhere could use them—especially since the tech is backwards compatible! The headache that USB was supposed to get rid of has instead just stuck around. This isn’t even dwelling on inconsistencies in performance, even between compatible and like labeled devices and peripherals (for example two USB 3.1 devices not achieving 10Gbit/second for some unknown reason).

Consumers will, thankfully, not necessarily have to chuck out their older USB C cables because some will still be compatible with USB4 as USB 3.0 devices are “forward compatible” —but of course you won’t be able to reach USB4’s 40Gbps. And again, even if you can’t reach up to 40Gbps in speeds, you’ll at least still be able to charge your phone (at a much slower rate, how will you cope?) as you squeeze out the last drop to post to your Instagram feed.  So, perhaps it’s not quite time to burn all your cords in frustration yet.

Then again, most consumers aren’t even sure what iteration of USB they’re using thanks to failure to consistently label devices. Supposedly an easy way to tell if you have a USB 3.0 cable, its interior port and plug should be blue but—again—it’s only a recommendation, not a requirement for manufacturers. Other than that, one cable looks very much like another.

The bigger problem is that most consumers don’t understand the real difference between generations either. Casual buyers just want a cord that will charge their phone or tablet as fast as possible, not even realizing that most dinky cables you get with off brand (or even name-brand) devices are often a piddly USB 2.0.

You might be quick to cast an angry eye at the USB-IF, but really you shouldn’t—it’s not their fault. They have no real enforcement power; they’re just the ones who release and create new specifications to help us achieve a universal standard…you know, because they’re nice.

It’s really no wonder that Apple enthusiasts roll their eyes when USB/non-Apple fans try to throw the USB-C’s inclusion in the iPad Pro in their faces. Say what you like about proprietary technology but at least it’s consistent. If the USB-IF wants to really deliver on their promise to advance the adoption of Universal Serial Bus technology, then they’re going to have to get on the protocol for universal consistency, probably by coming down hard on manufacturers who aren’t playing building by the book.