What is a USB COB Flash chip? 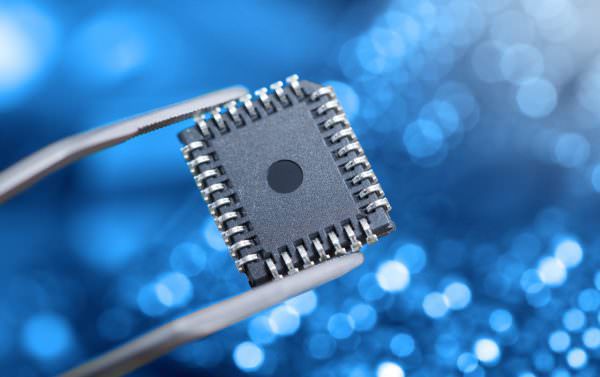 A USB COB Flash Chip is a term that almost no one outside of being a computer engineer knows. It’s rather amazing to think more people don’t know what a COB chip is because it can be found in almost every industry, walk of life, or even in your own household.

A USB COB Flash Chip is similar to an ordinary USB flash drive, but with one major exception; it can be produced at a much smaller size than traditional flash drives. COB, otherwise known as Chip On Board, flash memory can be found in digital cameras and cell phones via any form of SD card, or can even be found in small USB flash drives.

USB Cob Flash chips do have several advantages to traditional flash memory besides just being smaller. COB memory is generally cheaper to manufacture because all the components to the memory are all assembled into one. By contrast, standard USB drive components are manufactured and assembled separately; which increases the cost of manufacturing. Learn more about the components of a flash by reading our USB Dissection.

Due to the fact that USB COB drives are smaller, they also weigh less than their standard cousin. A couple of grams/ounces per drive may not seem like much but it can add up fairly quickly. For example, if you were to order 100 custom-printed USB drives, the weight may not make that big of a difference; however, if you ordered 1000 drives, then the weight could be cut by several pounds. This difference in weight makes a big difference in shipping costs.

As good as USB COB flash memory is, there are some minor disadvantages due to the drives size. First if you want to use a COB USB flash drive as a promotional item, be prepared to have smaller print areas. This is minor, but depending on your promotion having a smaller print area might be a bad idea.

COB drives also tend to have lower data capacities as well. This isn’t necessarily a bad thing as these drives are also less expensive than standard drives, but if you need a high capacity drive, a COB drive might be out of reach.

Lastly, due to the architecture of the chip and manufacturer, some COB USB drives may have slightly slower transfer speeds. These drives may take fractions of a second longer to transfer data, but thanks to their architecture, they are able to transfer information while using less power.

Hopefully at this point, the term COB is a little more familiar. So the next time you use your digital camera, cell phone, or similar devices, remember that they would all be big paperweights without their COB flash media.