Everything Wrong With USB-C 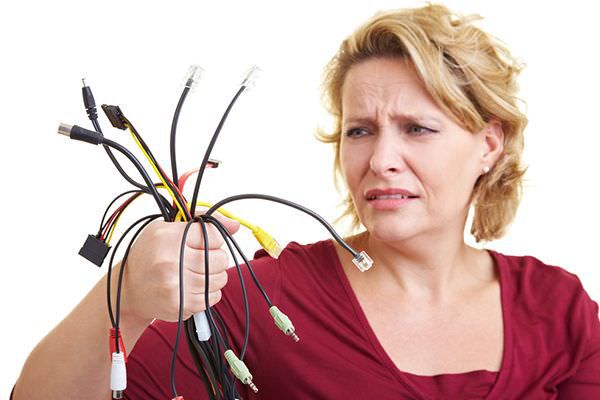 If you’ve been living under a rock for the past four or five years, you may not be aware of the latest USB cable called USB-C. It’s the newest iteration of port connectivity using USB technology. Honestly, it’s probably not your fault you haven’t heard of it. Though it was made publicly available in 2014, it’s only been recently that OEMs have been pushing the new port style over your typical USB A types. Most recently, Apple released their latest iPad Pro with a USB-C port and many other big name manufacturers like Samsung now make it their standard port in phones (Samsung Galaxy S9 for example) and laptops.

If you want a more thorough introduction to USB-C, check out our in-depth blog!

When USB-C was released, it was expected to completely take over the market and become the de facto port style. It was built to become the new universal standard for electronic peripherals, devices (overtaking type A ports and USB micro connectors), and accessories that would eliminate issues with previous iterations of USB. USB C is great because even consumers with multiple devices from different OEMs can utilize the same cords. USB-C isn’t proprietary so it doesn’t come with the excessive pricing and costs that come with name brand status. 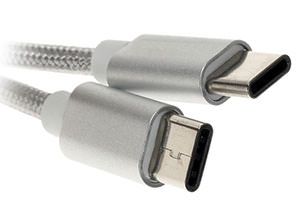 USB-C connectors are reversible; unlike type A or any other connector and port; there is no “right side” up so you don’t have to worry about plugging your device in incorrectly. Even better, USB-C can reach amazing transfer speeds (SuperSpeed 10Gbps!), the fastest available—even faster than Apple’s Lightning cable and Thunderbolt 3 port (which can theoretically reach up to 40Gbps!). It can also support up to 8K resolution at 60Hz, supports full DisplayPort A/V, and is backwards compatible with HDMI, USB 2.0, DVI, and VGA as long as you have the proper adaptors.

Unfortunately, like most new technology, USB-C hasn’t quite hit its stride yet. It suffers from a lack of quality control and regulation of older technologies and so results may vary. This is because the term “USB-C” refers to the connector shape, not the protocol or specification. This means that performance and quality can vary greatly by manufacturer. In fact, your speeds could vary between USB 2.0-3.1 Gen 2 speeds, depending on what cable you’re using! So, your device could push an HD movie through in about 5 seconds (10Gbps) or it could take 2 minutes (480Mgbps). This means that you might have to keep different USB-C cables around for individual devices because your phone’s cable may not be equipped to handle your hard drive or large transferring tasks. Also, you’re not getting Thunderbolt 3’s speeds unless your device is compatible. Furthermore, just because your cable supports high speed USB 3.1 Gen 2 speeds doesn’t mean your laptop does. The majority of drive interfaces can’t match USB-C’s utmost capabilities yet. The controller chip used for ports is also an issue because, due to cost cutting, some manufacturers for laptops use chips that only hit USB 3.0 for USB-C ports (leaving you stranded at only 5Gbps) instead of a more appropriate chip. 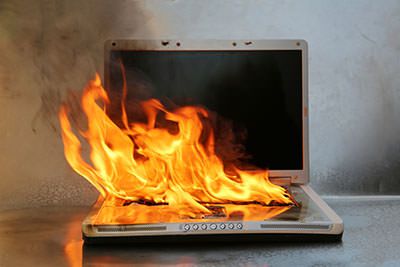 This brings up an important safety issue: because of the differences in capabilities between the cables, it could be dangerous to your electronics. If specs do not align properly between device and cable, you could fry a port due to too much power. Safeguards are supposed to be installed in cables by manufacturers, but some cut corners in an effort to keep down costs and these can malfunction or not perform as designed. Do note that no electronic fry-out has occurred in devices with properly installed safeguards. As you can imagine, consumers do not like having to worry about their devices and valuable ports toasting due to mistaken cable identity. Unfortunately, due to the lack of regulation for USB-C, there’s not much to be done at this time until stricter standards are implemented.

Because of the mishmash of standard and quality output, just because you buy a USB-C cable does not mean it will work effectively or even at all with a USB-C enabled device! There are tons of reviews online detailing adapter issues and other peripheral accessories that do not seem to always work with USB-C. Headphone jacks and dongles seem to be the biggest problem. Adapters and dongles are still used in today’s market because not every manufacturer has turned over completely to USB C; the market is still overwhelmingly USB A centric and so to use newer devices with older ones consumers have to utilize dongles and adapters. These accessories are not guaranteed to work or work as well, with cables bought from manufactures that are different from your device or that don’t support the proper specs. This is a frustrating reality for consumers who can come to terms with the fact that if they buy a cheap cord, then they shouldn’t expect it to necessarily work but even higher end USB-C cables still have this problem. Overall, we see a port with lots of tall promises with very little effort at consistent delivery.

At this time, there’s only so much that can be done until the market finds a way to properly regulate USB-C. Try to use the cable that came with your device and label them so you don’t get them mixed up. If you do have to buy another cable, try to buy from the same manufacturer or at least make sure the specs align so you don’t have a fried port or a useless charging cable.  This may seem like an unnecessary hassle, especially since we’ve gotten used to the reliability of USB A ports, but unfortunately it’s the way of things until regulations kick in and require USB-C to shape up when it ships out of OEM’s factory floors. Also, at this point there’s no going back!