What are Wireless USB Drives? 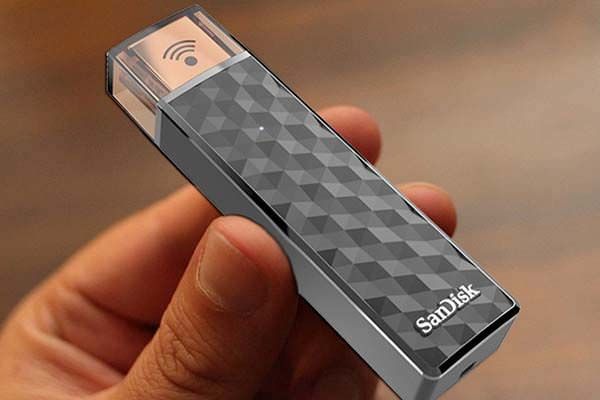 At this point in time, it seems safe to say that the future of technology is without wires and cords.  With innovations like Bluetooth, Wi-Fi, and wireless phone chargers, the average tech consumer isn’t all that surprised that “they can do that?” But sometimes innovative technology falls through the cracks. Some of that tech re-emerges later, like the USB-C port. Others seem doomed to remain in the shadowy corners of a stock room, like the wireless USB drive.

“Wait, what? There’s a wireless USB drive? Where’s that been?” you’re probably asking yourself. That’s a good question. Wireless flash drives seem like a device we should expect to see on our market, and they do exist, but most people are completely unaware of this. Wireless transfer of data is pretty common place now with platforms like Dropbox and communication tech like Bluetooth. Combining the two seems like an obvious and very useful device. Moving data between your mobile device and your laptop or desktop to free up space on either platforms or having at hand extra storage space (light weight external hard drive anyone?) without needing to carry extra cables sounds absolutely wonderful.

We should clarify that you shouldn’t get Wi-Fi and Wireless USB (called WUSB or Certified Wireless USB) confused. They are not the same thing. Wi-Fi is a technology that allows devices to connect to the Internet or network without a wired connection. Wireless USB is an extension of current USB technology that allows short range connectivity to USB peripherals without a physical connection. In other words, wireless USB connects USB ports from a measured distance without touching. Universal Serial Bus (USB) after all is a method of connecting and communicating devices; it busses information. It just doesn’t need a port anymore. 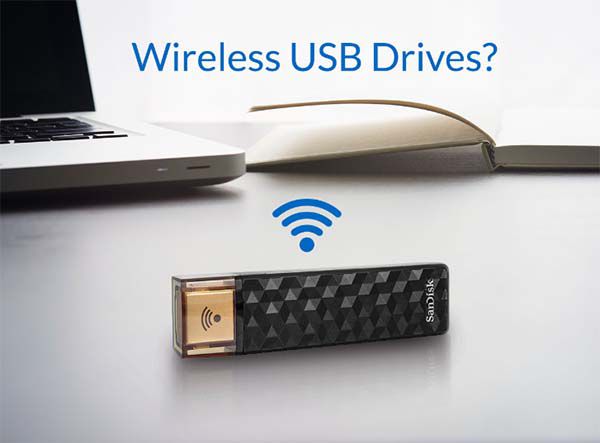 With that said, wireless USB drives send out their own wireless signal in order to connect to other devices. You manage your data using an app on your phone made by the drive’s company. To ensure a safe connection, you do not use Internet during data switching. You can utilize a web browser instead but this does expose you and your data to potential issues. If you want to use the Internet while you’re manipulating your data, you have to fiddle with the app’s settings to do that. Additionally, a wireless USB drive can still connect physically with a USB port like usual.

Wireless USB was created to enhance existing USB technology and create hands free performance that did not sacrifice the speed of data transfer of corded transactions. USB.org notes that target speeds are 480MBps within 3 meters (away from peripheral device) and 110 MBps at 10 meters. Currently, USB 2.0 runs at 480MBps and 3.0 at 640MBps.

Security concerns are another consideration for the push for wireless. Wireless devices do not have direct connections with potentially infected devices and therefore severely limit possible malware or virus ranges.

Where’d it go? Why did it fail to take hold?

Wireless USB was announced at the 2007 annual Consumer Electronics Show (CES) in Las Vegas. It reportedly had an important but modest impact and after that almost nothing has been heard about it. It would appear to be a technology quickly embraced by both OEMs and consumers so why did WUSB fail to take hold? There are a slew of reasons why.

First, there were a ton of regulations that had to be lifted in order for wireless devices to begin operating. A standard had to be developed, tested, and authorized first and even now these are irregular throughout different countries. Wi-Fi sidled into the market while all this was happening and happily filled the niche. Today, platforms like Dropbox and cloud storage fulfill the role of wireless USB drives using the internet to connect to and access your data.

Secondly, it is rather difficult to introduce an extension of this magnitude into the market. It requires not just the investment of new USB drives (which were and still are a bit pricey) but also new transceivers and protocols within other devices (existing and future production) in order to use them like motherboards. Additionally, wireless charging was not yet a consideration so everyone still happily utilized the now market standard USB cords and cables. It’s quite a feat to change methodology slowly; to expect consumers to turn over right away would be impossible.

Third, it is an unfortunate reality that wireless USB drives do have some issues regarding performance. Due to the fact that a transfer of information and data is taking place, wireless transactions do consume bandwidth and take a little longer than you might currently be used to. We use wireless peripherals all the time that don’t experience these problems (like computer mice and keyboards) because bandwidth isn’t being taken up. And as we’ve seen from previous experiences regarding wireless vs. corded charging, we’re still a little ways away from getting 3.0 speeds without a physical connection like a cable. Also, you do need to charge the drive in order to operate it. You charge it either by charger adapter or computer with typical USB 2.0 or 3.0 ports. The SanDisk Connect Wireless Stick lasts about four and a half hours straight if you leave it turned on. It takes about two hours to fully charge.

Like most new technology, wireless USB drives were rather expensive when they first entered the market. It’s possible that the prices drove people to consider other options or think of it as a convenience they couldn’t afford. Today’s prices however are much more reasonable.  A spacious 32GB SanDisk Connect Wireless Stick is about $22 dollars on Amazon. Keep in mind that, like external hard drives, prices go up according to storage capacity. You can buy a monstrous 256GB SanDisk for about $120 bucks, also on Amazon. Airdisk also offers a wireless flash drive but the promised 3.0 transfer speeds and sizable 128GB storage capacity bump up the price to about $90 dollars.  Kingston has their MobileLite Wireless Pro, with 64GB of storage space that boasts a high quality, long lasting battery for $122 dollars. Unfortunately, with the lack of promotional push by large OEMs to make it a staple product, the market isn’t really flush with options.

Without a doubt, the future is most certainly wireless. But will the popularity of digital sharing/storage platforms completely take over or will there still be a place for wireless USB drives? The fact that USB drives still exist, even thrive, in today’s increasingly hands off approach market, suggests that the value of offline data storage is still recognized. USB drives are utilized in numerous functions throughout successful businesses and it seems likely that wireless physical storage will continue to be a sought after commodity.

This need for cold storage (storage without access to the Internet) is only going to continue to rise as we accumulate more and more data.  Likewise, security concerns will continue to be and remain an important issue. Wireless USB drives emit their own private Wi-Fi signal (often requiring the use of a password) that avoids the tangled, infected mess of the Internet. They also do not rely on the physical connection of traditional USB drives which expose them to malware. The convenience and minimal security concerns coupled with flexible storage should ensure a resurgence of the wireless USB drive. The lack of promotional marketing by OEMs regarding this technology seems to be a glaring oversight that will hopefully be remedied so that the population at large may make use of convenient, easy to store and flexible data storage in the form of wireless USB drives.