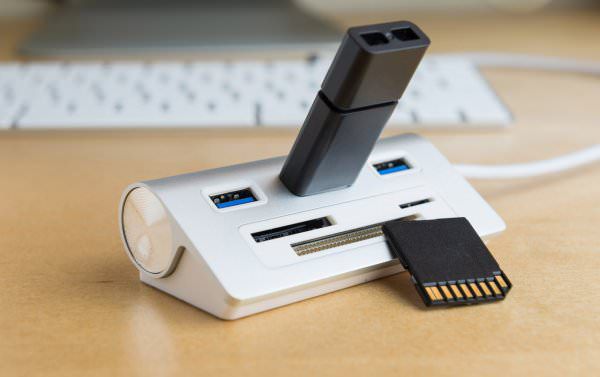 Despite what you might think, SD cards and USB flash drives are hardly rivals in the world of NAND flash storage.  They each have their own niche that they fill when it comes to data storage.

USB drives are removable storage devices equipped with flash memory capabilities and a USB connector. You’ve probably heard them called flash drives, memory sticks, thumb drives, pen drives, etc.  They are compatible with any system that offers a USB port, including Windows, Mac, and Linux. There is a wide range of data capacities available and the most recent milestone is the 1TB. You can find drives between 128MB to several GB for affordable prices. They have transfer speeds up to 5Gbit/second with USB 3.0, a vast improvement over USB 2.0’s 480MB/second, but will be even faster when USB4 (capable of 04Gbp/s) reaching devices reach the market.

USB drives typically come in a USB type A port connector but increasingly, type C is becoming more available and common. You can read more about USB connectors here.

USB drives are versatile, convenient options for data storage. They’re best for taking your work between workspaces because they don’t require the Internet to access your data and easily plug in between stations without needing to boot up.

SD cards (or Secure Digital cards) also use non-volatile memory like flash drives. They are an integral part of many devices like digital cameras, phones, MP3 players, and game consoles. They look like tiny, thin wafers with contact pins whose physical size ranges between 11mm to 32 long, depending on the type of SD card you are using. Your available options are: SD, miniSD, microSD, SDHC, miniSDHC, microSDHC, SDXC, and micro SDXC. This means you must make sure your reader is compatible with your SD card.

SD cards offer a higher storage capacity than most typical flash drives and for less cost as well. SD cards do come in 1TB capacities though they are generally priced outside an average consumer’s budget. SD cards are generally used as back up memory for a large cache of data such as photos, documents, audio, and video game data that might not necessarily need to be accessed regularly—or at least removed/transferred constantly from a computer like a USB drive.

Should you use a USB drive or a SD card? There really isn’t a clear winner in terms of flash memory here; each option is better suited to a certain situation. Flash drives are superior in their convenience, transportation, ease of use, and seamless functionality with your operating system. They are easy to use and universally compatible. They’re meant to give quick, easy access to data you’ll need to work with between workstations.

What’s The Difference Between USB, Micro USB, and Lightning?
Why Does My USB Drive Say It’s Full When It’s Not?
Save Emails to USB Flash Drive
Benefits of Formatting USB Flash Drive
USB Vs. USB-C
Blinking LED Flash Drive: What It Means
What Does “Please Insert a Disk Into Drive” Mean?
Why Flash Drives Get Hot
What’s Inside A USB Drive?
How Long Can USB Drives Last?
Who Invented the USB Flash Drive?
What are Wireless USB Drives?
How much Space does a USB Flash Drive Really Have?
Keeping a USB Flash Drive Plugged In: Is It Ok?
‹ Previous Article
Next Article ›