Who Invented the USB Flash Drive? 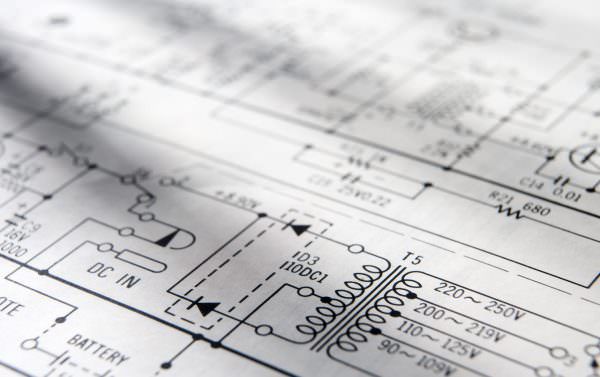 People like when there are straightforward answers, especially when it comes to inventions. However, this is quite often not so cut and dry. When someone asks, “Who invented the USB drive?” there is the chirping of crickets in response. What we don’t realize about most inventions—the flash drive included—is that credit belongs to decades of innovation building upon itself.

The brilliant minds that brought us technology we cannot live without deserve credit where credit is due, so in this article dedicated to the inventors of the USB flash drive, we will start with the basics of the device: flash memory and USB connection.

The Beginnings of Flash Memory

Fujio Masuoka is a Japanese inventor who joined Toshiba in 1971. Masuoka began working on a new storage memory concept while still a factory manager. He was focused on developing memory that retained all of its information even without power (now called “non-volatile”).

The American chipmaker subsequently put hundreds of engineers into crafting and perfecting flash memory where Toshiba only allowed Masuoka five workers part-time for the same endeavor. In 1987, he began creating NAND flash. The NAND chip stores files while utilizing read and write functions.

Tension between Toshiba and Masuoka began to develop over the years as Toshiba continued to focus on DRAM as their mainstay instead of Masuoka’s work. Intel took the helm of flash memory to capitalize where Toshiba had not. Today, flash is a multibillion dollar industry with chips present in everything from USB flash drives to computers, cars and phones.

Ajay Bhatt is a computer architect from Intel credited with developing the standard USB interface (Universal Series Bus) in 1994. In the early 90’s, users had to contend with countless plugs and connections for devices like parallel and serial ports, expansion cards and more. Bhatt and his team figured there was an easier way to go about using your peripherals (devices you add to your computer to enhance usability and performance such as a mouse or keyboard) and so we now have a standardized port, the USB.

USB 1.0 and 1.1 were then developed to handle data transfers of 12Mbps per second, with 1.1 adding low speed operation for less bandwidth hungry peripherals. In 2000 came along USB 2.0 at 480 megabits per second and now USB 3.0 offers file transfer rates at 5 gigabits per second. Today across the world, USB reigns as the most popular interface to connect our flash drives, hard drives, printers, cameras, consoles, keyboards and so on to our operating systems.

While both of these technological pioneers did not directly mold the first flash drive prototype, their impact is evident. Flash memory is the most essential component to the body of the storage device.

The creation and patenting of the very first flash drive is credited to Dov Moran and his company, M-Systems. He founded M-Systems in 1989. Six years later, Moran’s company patented and marketed the DiskOnChip (DoC), a flash drive predecessor. Rony Levy, David Deitcher, and Rick Iorillo also were a part of the development of the first 2MB DiskOnChip.

From there, Dov Moran’s M-Systems created the DiskOnKey. It boasted the physical appearance and characteristics that we associate with today’s flash drive—a flash chip controller within a plastic case, an LED indicator, a key loop, and a metal USB connector.

Original storage capacities ranged between 8MB to 32MB, which pale in comparison to today’s USB devices. IBM purchased the USB flash drives from M-Systems and sold them in late 2000 under the IBM brand. SanDisk purchased M-Systems in 2006 in an acquisition valued near $1.55 billion.

Pua Khein Seng is a Malaysian engineer who is credited with creating the pen drive, which today is known as a synonym of the USB flash drive. Just months after receiving an engineering degree from a Taiwanese university in 1999, Pua created his own enterprise, Phison, with a small team of engineering colleagues. Phison launched the pen drive in 2001.

These drives contrasted with M-Systems in the way the memory chips were engineered. Pua devised a single chip controller, called a System on Chip (SoC). This chip is an integrated circuit which incorporates all mechanisms of a computer all in one place.

The murkiness on who invented the USB flash drive gets even more convoluted. Several companies lay claim to being the first to develop the flash drive.

Trek Technology is a tech company based in Singapore. Also known as Trek 2000 International Ltd, they lay claim to the creation of the flash drive which they called a thumb drive. Trek officially released the ThumbDrive to the commercial market in 2000, the same year as IBM released its product.

Trek has made strides to fiercely guard its ThumbDrive patent. Trek won a suit in a Singaporean court in 2005 against 8 other companies. A United Kingdom court, however, dismissed one of their patents in 2006.

The second company laying claim to inventing flash drives is Netac, a consumer electronics OEM company based out of Shenzhen. According to Netac, it invented the USB flash drive in 1999, the same year that Netac was established. The company claims to have applied for its 8MB device’s Chinese patent in December of that year. The Netac product U Disk USB flash drive was launched in 2002, a relatively late bloomer in the flash drive market. IBM released their flash drive version in 2000 while Phison released it in 2001.

Nonetheless, Netac holds steady to its assertion as the first USB drive creator. What’s more, Netac has taken measures to guard its other intellectual property by filing patent charges against name brands like Lenovo, Sony, PNY and more. Over a dozen companies (including Huaqi) opposed this patent because USB and flash memory was a natural, evident combination to industry experts. They are the first Chinese company to sue an overseas company (PNY).

It is easy for us today to find a USB flash drive that suits our needs, whether you require high storage capacity or top tier components. USB drives have not lessened in importance due to cloud technology; rather their purpose has shifted from holding your documents and other data to booting systems, running diagnostics, and storing HD movie libraries. Promotional USB drives have found a niche market in promotional marketing due to their efficiency and ideal nature as a modern vehicle for disseminating information and branding. The future of the USB flash drive is exciting and provoking, turn to US Digital Media to keep you up to tabs with this vibrant market.